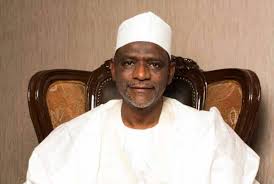 The Minister of Education, Mallam Adamu Adamu, said on Friday that despite the recent attacks by Boko Haram terrorists on the University of Maiduguri, Borno State, and workers of the Nigerian National Petroleum Corporation, the Federal Government would not shut down the institution.

The minister said this during a condolence visit to UNIMAID, while commiserating with the school’s Vice-Chancellor, Prof. Ibrahim Njodi, and other top officials over the brutal killings of some workers of the institution by the Boko Haram insurgents in an ambush.

About 30 civilians and 18 soldiers reportedly died in the ambush.

Adamu said the government was not willing to truncate academic activities in the institution despite the security situation in the state.

He said, “You demonstrate great courage and resilience to stay here to do your work despite the security challenges.

“We commend you and the government appreciates what you are doing; even to work in Maiduguri requires courage. Before I came here, I had thought of closing down the university, but after listening to the Vice-Chancellor and seeing what you are doing, I felt proud of you.

“The Federal Government will not shut down the university and we will provide you with all the necessary support.”

“We are seriously concerned about their safety; we have contacted the security to know their whereabouts,” Njodi said.