Osun state governor, Rauf Aregbesola, has congratulated Ademola Adeleke for his victory in the Osun West by-election held in the state on Saturday, July 8, 2017.

With a majority of the votes in the state’s 10 Local Government Areas, Adeleke of the People’s Democratic Party (PDP)defeated his All Progressives Congress (APC) opponent, Mudashiru Hussain.

The governor expressed his good wishes through his Twitter handle (@raufaregbesola).

In a series of tweets, he first tweeted, “I congratulate Ademola Adeleke on his victory at the polls yesterday.The people have spoken.Democracy won and we respect the people’s choice”.

I congratulate Ademola Adeleke on his victory at the polls yesterday.The people have spoken.Democracy won and we respect the people’s choice 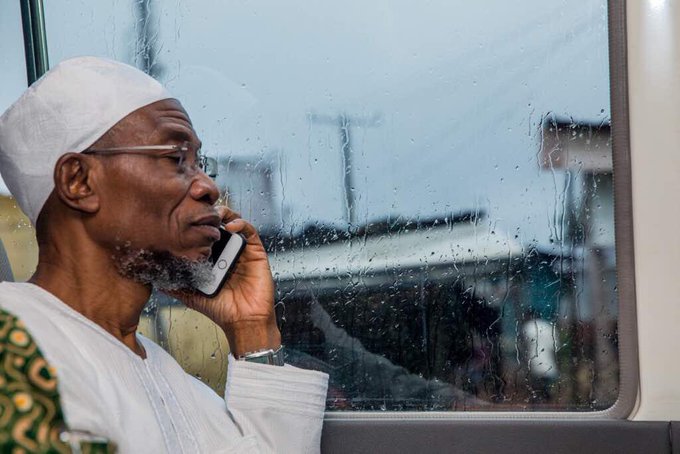 I thank our supporters for their continued show of commitment to our cause. Important lessons have been learnt and we will be back stronger

Ademola Adeleke casting his vote during the Osun West bye-election.

The governor concluded by also thanking voters in the state for conducting themselves well during the election.

He tweeted, “Most importantly, I thank the people of Osun for once again displaying the qualities of true Omoluabis. Our election was devoid of violence”

According to The Nation, he won in nine of the ten LGAs where the election was held. This is a major feat considering the fact that APC had a stronghold on most of these LGAs.